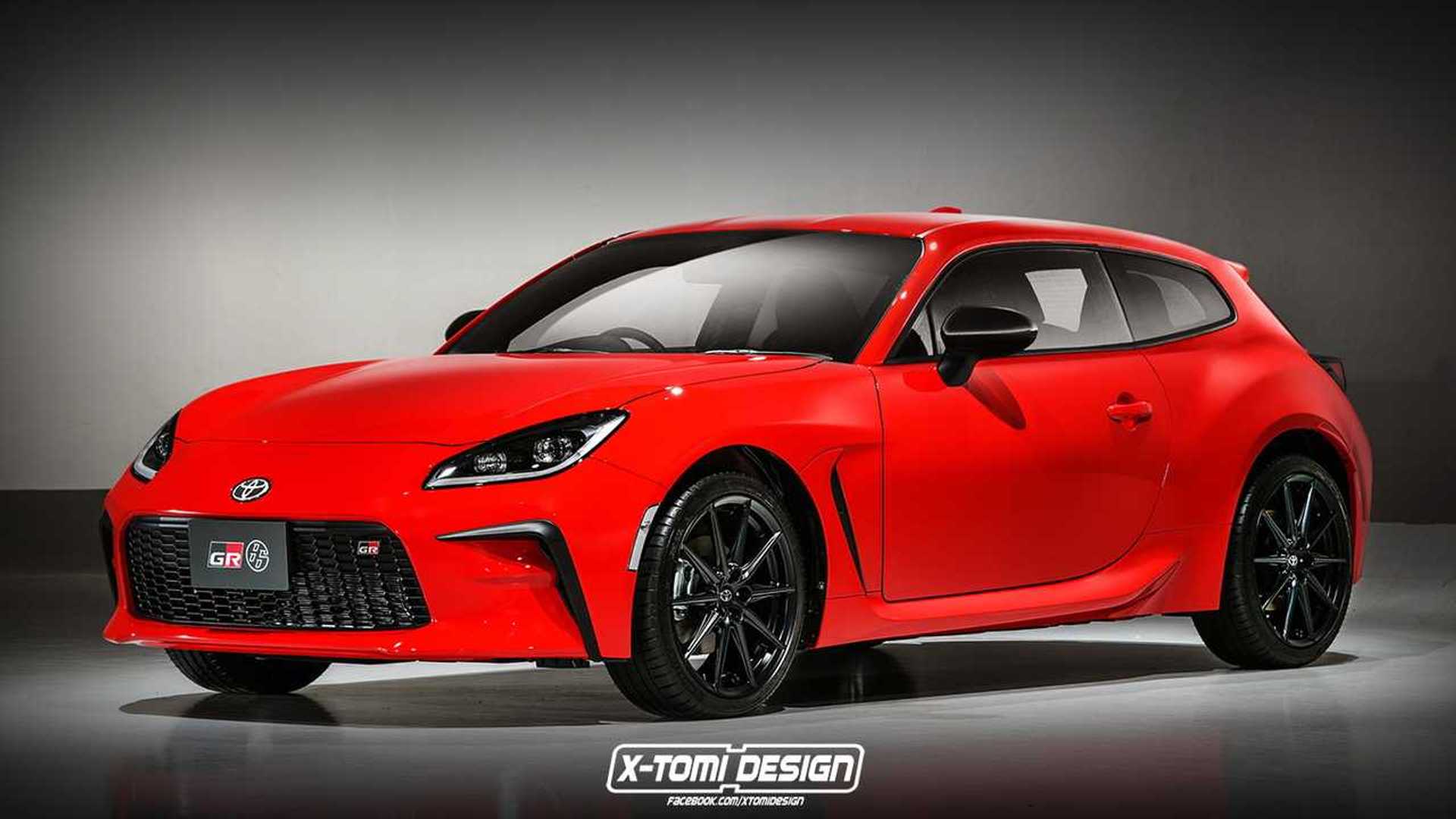 As of this article posting on April 7, we are only a couple of days out from the official 2022 Toyota GR 86 reveal. Internet artists work fast, however, and we struggle to think of a sporty coupe that doesn’t look good with a bigger backside. The GR 86 is no exception, but this time around we’re hit with a curious realization. The world already has a GR 86 shooting brake. Sort of, anyway.

Before we go further, allow us to reiterate what the headline states. This is purely a work of fiction, one of many well-done renderings we’ve seen from X-Tomi Design over the years. This time around, the conversion from coupe to shooting brake looks pretty darned simple, as the GR 86 already has a short deck at the back. Straighten the roof, build up the rear pillar, and voila – instant shooting brake. It looks good, but strangely, it’s also familiar. And we know why.

The rear pillar and glass appear to be borrowed from Toyota’s existing fun-to-drive three-door, the GR Yaris. The front clip of the 86 is obviously completely different from the Yaris, and the hood is longer to accommodate the north-south architecture of the 2.4-liter four-pot and six-speed transmission (either automatic or manual).

From the A-pillar back, however, there’s certainly all kinds of Yaris influence. The hot hatch punches above its weight category with a turbocharged three-cylinder engine driving all four wheels, and it’s spritely for sure. But a rear-wheel-drive hot hatch with three pedals could be fun, too.

Of course, we’ll never know because this GR 86 shooting brake is purely fictional. Beyond that, Toyota already has the GR Yaris so it would never dream of injecting a performance-oriented machine of similar stature into its lineup. Lastly, Subaru would actually need to build it since the 86 is a cloned sibling of the BRZ.

So yeah, just look at the rendering and dream. And if you really love it – and you’re not in the US – just go buy a GR Yaris and let the dreams continue.