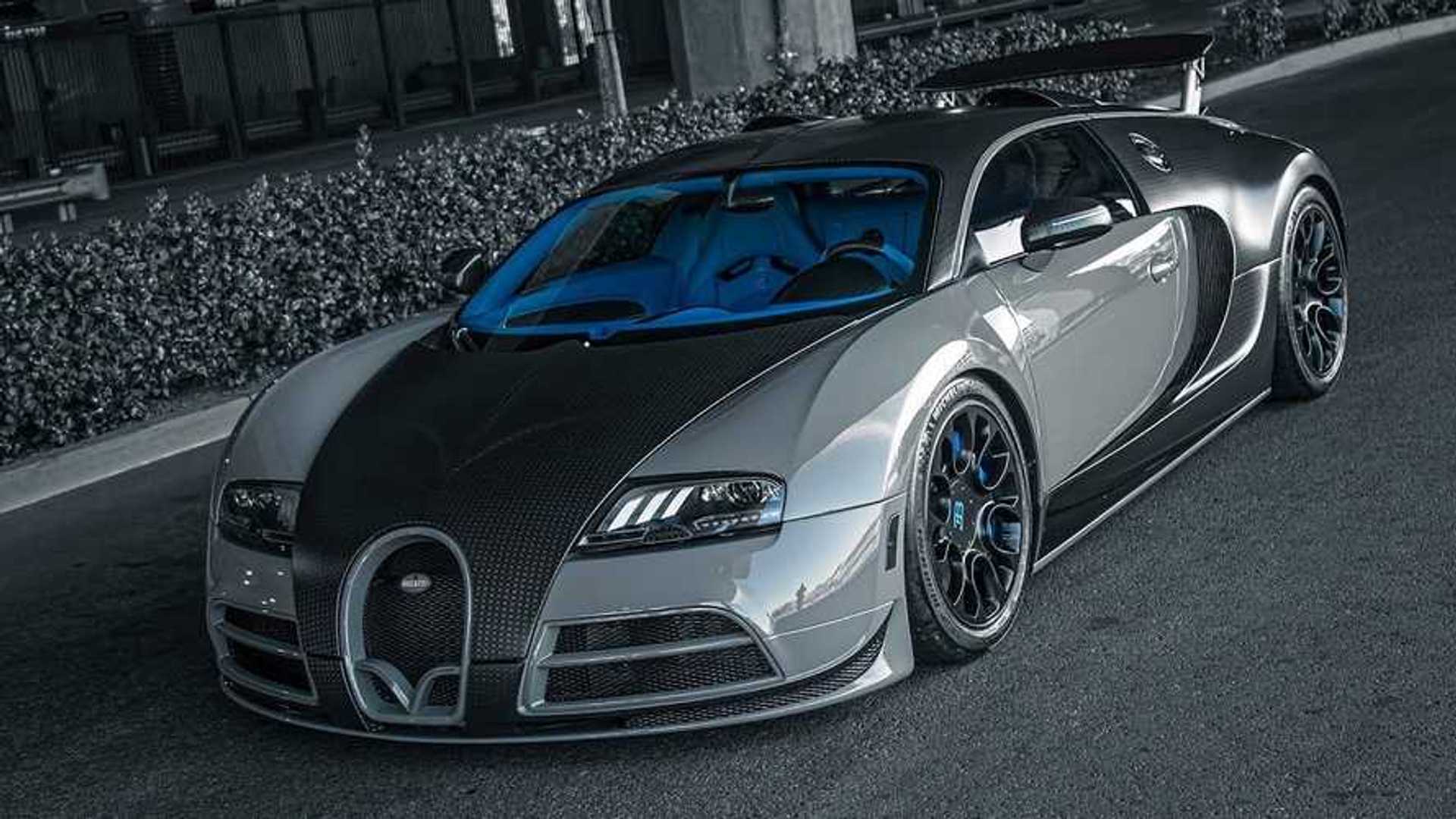 By definition, the Bugatti Veyron is quite rare as only 450 vehicles were assembled at VW Group’s Molsheim plant in France between 2005 and 2015. Modified examples are especially few and far between since only a handful of owners dared to make changes to the design pinned by Jozef Kabaň. Controversial tuner Mansory got its hands on a few W16 hypercars, including this example dubbed Linea Vivere.

Initially unveiled a little over seven years ago at the Geneva Motor Show, the Veyron customized by the German aftermarket specialist has gone through a second makeover courtesy of West Coast Customs. It now boasts a satin finish while keeping the exposed carbon fiber, but the black panels have been resprayed in one of Audi’s most famous and desirable colors – Nardo Gray.

The aftermarket wheels are gone, replaced by the original Bugatti set with the center caps and brake calipers repainted in a Chiron-like blue shade to complement the refreshed interior finished in an identical hue. Much like the exterior panels had to be individually removed to change the color, the interior trim pieces had to come out one by one to change the white and black theme into blue while keeping the carbon fiber accents.

We’d argue the Veyron Linea Vivere’s transformation is for the better as it looks more appealing now, although most Bugatti owners are still going to think modifying the quad-turbo monster is blasphemous. This complete makeover was done to make it more appealing for a potential buyer. West Coast Customs explains a friend of the company got in touch with them to freshen up the Veyron before putting it up for sale.

Bugatti itself offers a tremendous amount of customization options for the Veyron’s successor, the Chiron. Aside from the plethora of individualization upgrades, special editions like the Centodieci, Pur Sport, and Divo add exclusivity to an already limited-run car of which only 500 are being built.

The 300th example was recently assembled, while the one-off La Voiture Noire is still in the works. Meanwhile, the record-breaking Super Sport 300+ is the range-topping model taking into account the track-only Bolide is not for sale (yet). Later this year, a new Chiron flavor will be unveiled.