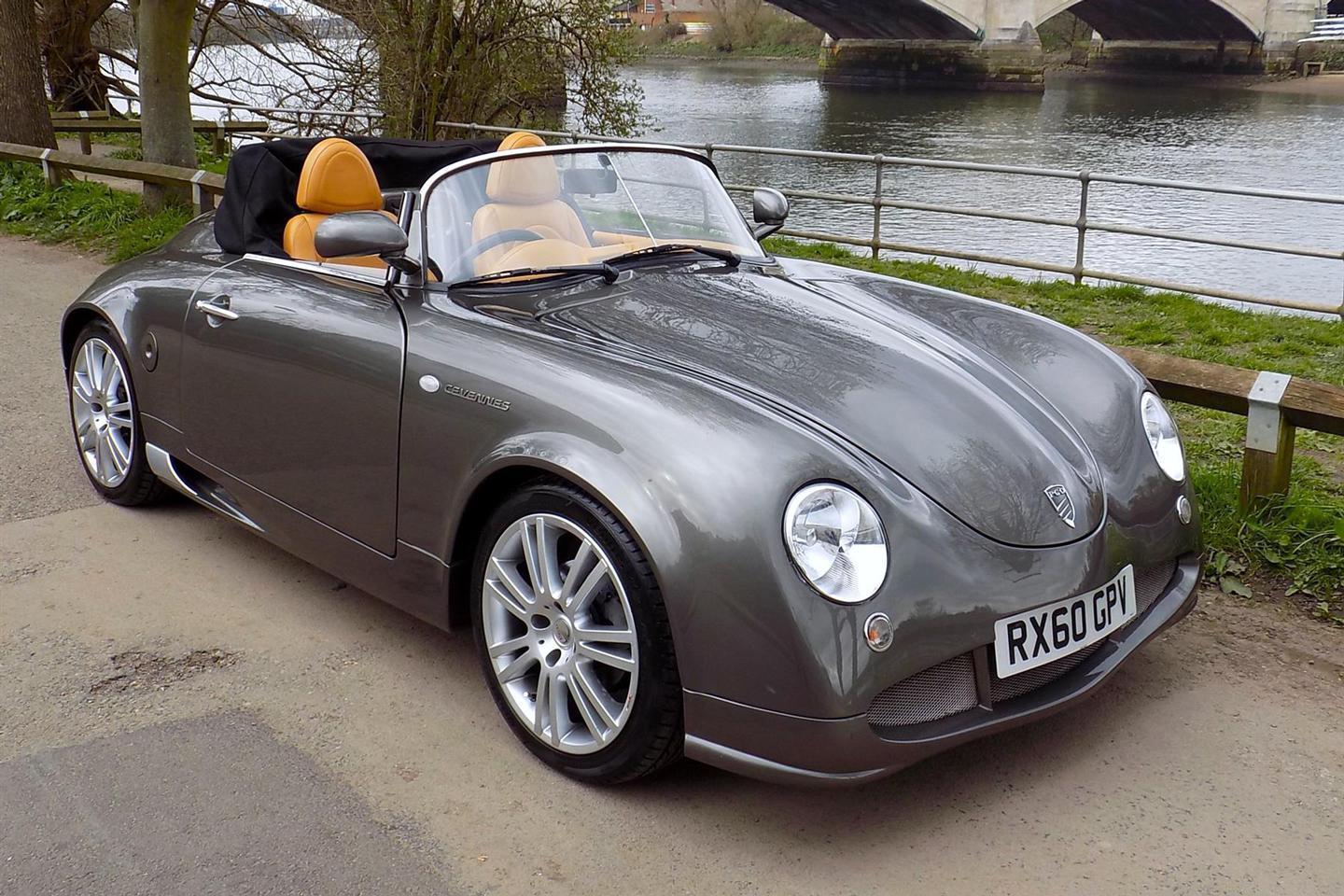 We’re inclined to believe that the current owner of this PGO Cevennes was inspired to buy it after a sighting somewhere suitably exotic. Monte Carlo, as the seller claims. The French Riviera would do. It has the prerequisite style for such a setting. But not the premium thanks to the engineering parsimony of its maker. PGO Automotive – said to be France’s smallest car maker – created the Cevennes using the running gear from a Peugeot 206 GTI. So it’s not expensive to buy or run.

But it is pleasingly light. The Cevennes was launched in 2005 and is said to tip the scales at just 980kg, some 145 kilos less than the hot (ish) hatch it was based on. The 206’s four-cylinder – mounted in the middle and now driving the rear wheels – is in standard, 136hp tune, so performance is more sprightly than sprint. At any rate, PGO never set out to create an apex-worrying sports car, but rather a quietly glamourous open-top.

Consequently, the Cevennes was capable of a 6.8-second 0-62mph time and 134mph; more than enough poke to make a cliff-top cruise pleasurable. Or else somewhere to enjoy the custom-made body reflected in a shop window, from an interior bearing leathers and chrome-surround dials. Prices started at £29,995 in Britain, which seems fairly reasonable when you consider how much domestic firms charge for hand-built exclusivity.

Of course, it was hardly likely to become a common sight on UK roads. If there’s one thing we do well, it’s low volume car production. You’d need to be a card-carrying Francophile to opt for the Cevennes in a land that Morgan and Caterham and Lotus and Westfield and Ariel and Ginetta and many more call home. It would be like buying a Cadbury’s Creme Egg in the Lindt factory gift shop.

Still, PGO did build right-hand drive models for the UK market, and it also subsequently tickled the car’s four-pot to 184hp (it’s also, interestingly, listed on PGO’s website as a PSA-sourced 1.6 now) to make the Cevennes more exciting. This car came before that, but having accumulated 15,000 miles in 11 years, it’s lived a respectable life for a vehicle clearly designed for weekend jaunts. The £31k asking price obviously suggests that no value has been lost in that time (or so the vendor believes) and there seems little reason to question the car’s usability given the boot under the bonnet and the ULEZ compliance enabled by its Euro IV status.

So while its humble engine is hardly likely to persuade you out of a Boxster, it’s easy to see how the comparative cost, undoubted rarity and easy-on-the-eye looks might win you over. Especially when it’s sunny outside and you’ve got a swanky pub garden to get to in the very near future.