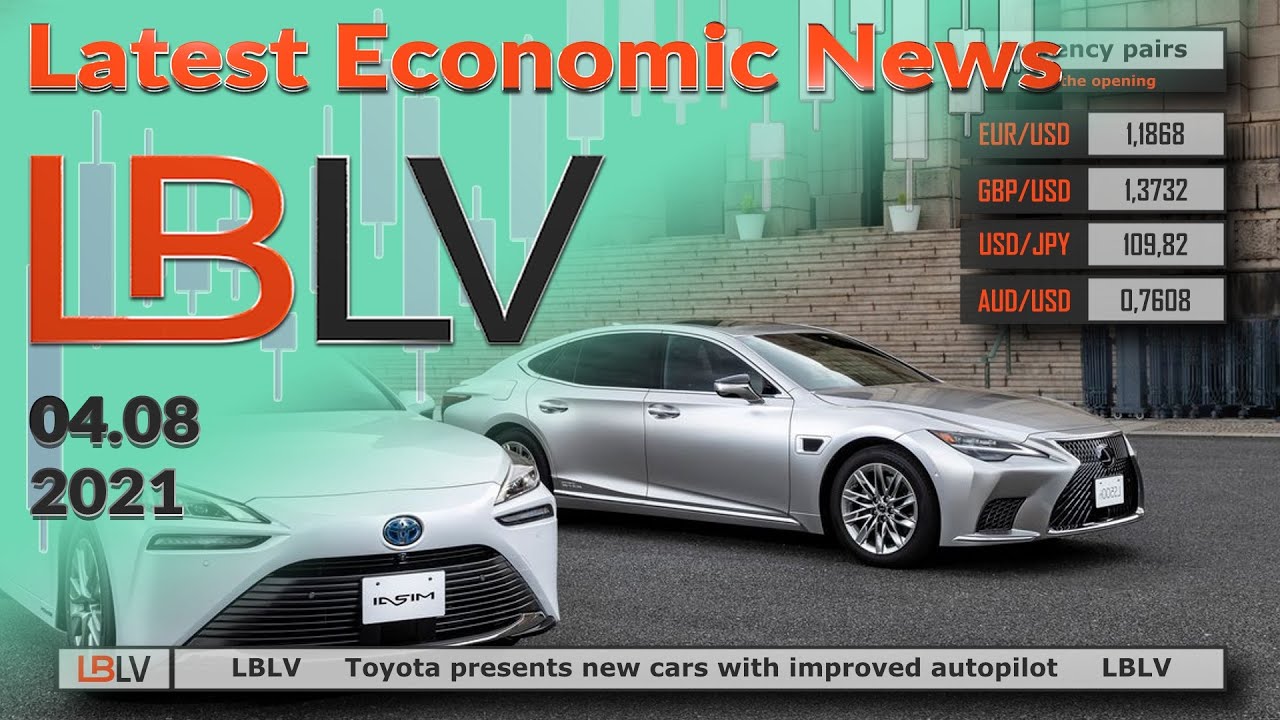 1. Prosus divested of Tencent stake in major sell out
Dutch technology investor Prosus has sold a 2% stake in Chinese gaming and social media giant Tencent for HK$595 to raise $14.7 billion in the world’s biggest block trade ever, according to two close sources. Prosus, majority-controlled by Naspers Ltd, sold 192 million shares to Tencent to bring its stake to 28.9%. Shares in Tencent, which is up 10% this year, opened up 2.5% in Hong Kong after the news on Thursday. This block trade – or usually a private, one-off trade in numerous securities – looks to be the biggest one in history. According to Prosus, they will increase their financial flexibility through revenue, allowing them to invest in significant growth potential both within the group and in their own shares. In addition to its stake in Tencent, the company invests in online food delivery platforms, classified markets and digital payment systems.

2. Toyota presents new cars with improved autopilot
Toyota Motor Corp on Thursday unveiled in Japan its new Lexus and Mirai models equipped with the latest driver assistance system that provides safe driving and wireless software updates. The new driver assistance technology, or Advanced Drive, is a Level 2 autonomous system that assists drivers with steering and navigation conditions such as keeping the vehicle in lane, keeping distance from other vehicles, changing lanes on highways or other car-only roads. The Lexus LS luxury sedan will go on sale Thursday for 17 million yen, and the second-generation Mirai hydrogen fuel cell car will go on sale April 12 for 8.5 million yen. The new models will also be equipped with an advanced parking assist system that allows drivers to do it more safely. Toyota shares rose 0.68% to $154.70 as of Thursday morning.

3. Global stocks swing as S&P futures reach new peak
Asian stock markets fell on Thursday as US stock futures hit another record high after the Federal Reserve stressed its commitment to keeping policy ultra-loose even as the economy recovered quickly. The broadest MSCI Asia-Pacific equity index outside Japan was unchanged and also little changed for the week. Japan’s Nikkei was down 0.3% and China’s blue chips were down 0.1%, with trading very subdued. Leading US economic data helped S&P 500 futures add 0.3% to a new peak, while Nasdaq futures rose 0.4%. EURO STOXX 50 futures firmed 0.2% and FTSE futures gained 0.3%. The minutes of the latest Fed meeting showed that the economy was still far from its target and was in no hurry to reduce its bond purchases by $120 billion a month. Fed chairman Jerome Powell will speak at an IMF event on Thursday and is likely to confirm the dovish outlook.

4. US to consider project to fight China in tech
The US Senate Commerce Committee will hold a hearing on 14 April on a bipartisan measure to support US technology research and development efforts to address China’s competition problem. The bill, called the Endless Frontier Act, was first proposed in 2020, calling for $110 billion over five years to advance US technology efforts and backed by Senate Democratic Leader Chuck Schumer and Republican Senator Todd Young. According to some participants, the hearing will look at possible actions to strengthen the US innovation ecosystem, including increasing research funding for the National Science Foundation; making America more competitive and countering the growing economic threats we face around the world, especially from China. They also want to change legislation aimed at increasing semiconductor manufacturing in the US. The proposals could amount to $200 billion.