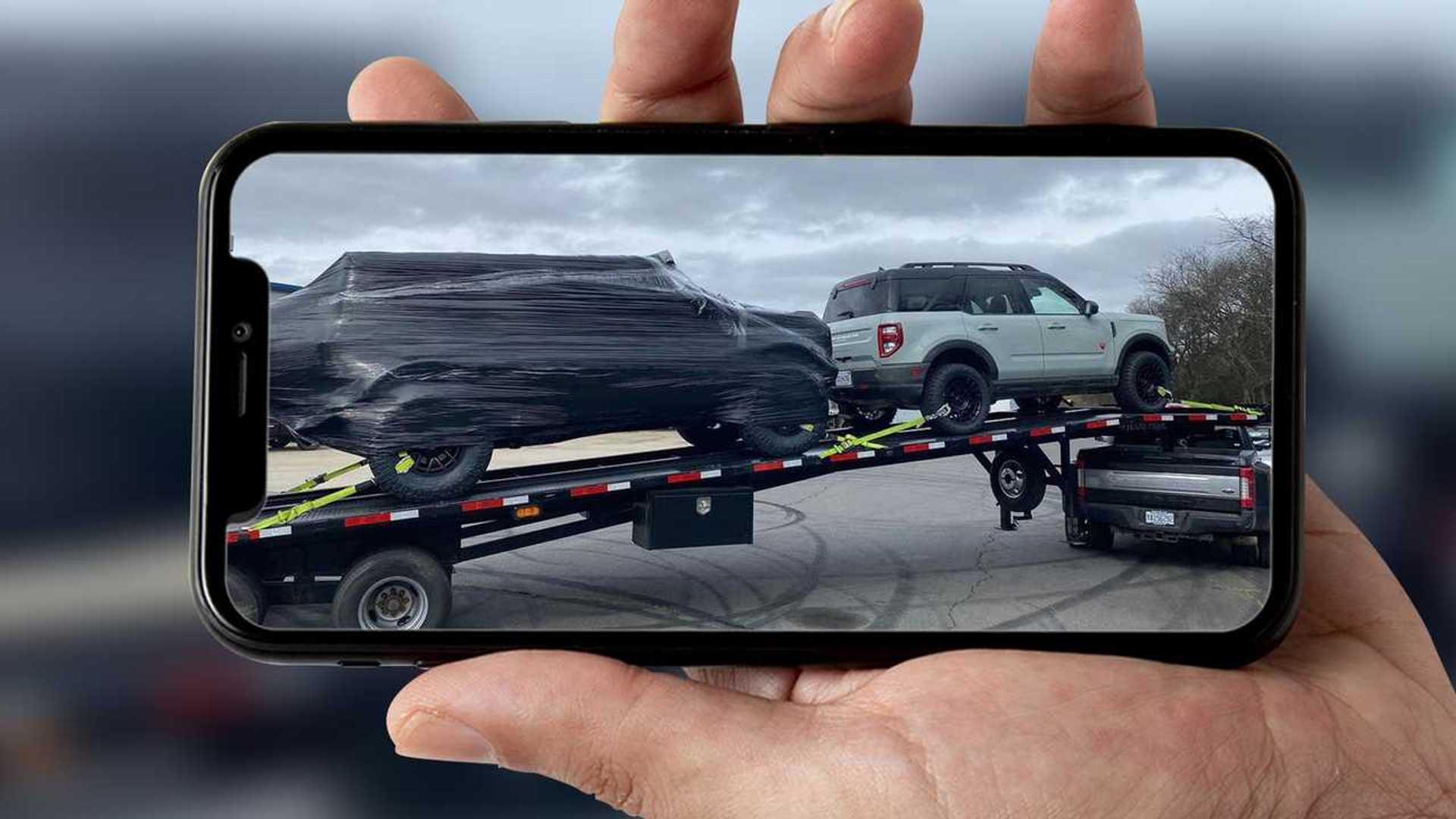 We’ve seen quite a few spy shots of the Ford Bronco Warthog over the last several months, but we’ve never seen it like this. Truth be told, you might say this is an unofficial reveal since it’s caught camouflage-free on this gooseneck car trailer. Too bad it’s wrapped with enough clear plastic to keep it watertight in the event of a catastrophic flood.

As such, even this “revealed” image posted by Bronco Nation doesn’t really reveal the amped-up Bronco we all know is coming. In case you haven’t seen any of the previous spy photos, the wheels and tires are an obvious upgrade from even the beefy Sasquatch package. We’re confident those are 37-inch tires, since Ford actually dropped a Warthog teaser some time ago about testing 37-inch “hooves.” That teaser, along with other leaked information on the name, is also why we’re confident this iteration of the Bronco will be called Warthog.

We suspect some of you might be wondering if those tires are bigger than 37-inch, considering how massive the rear spare tire looks. It’s important to remember the spare tire carrier does extend somewhat from the rear of the SUV, and the plastic wrap does an outstanding job of distorting proportions. In fact, considering this Instagram post comes from Bronco Nation – which seems to have some inside ties with Ford – we wouldn’t be surprised if this spy shot isn’t done on purpose for some publicity. If that’s the case, it certainly worked.

Does this sighting mean an official Bronco Warthog debut is nigh? It’s quite possible, as the upgraded off-roader is expected to arrive for the 2022 model year and we’re already into the spring of 2021. The standard Bronco will enter volume production later in the spring, so perhaps a Warthog reveal timed with the official start of production could be a thing. In any case, don’t expect to wait much longer.