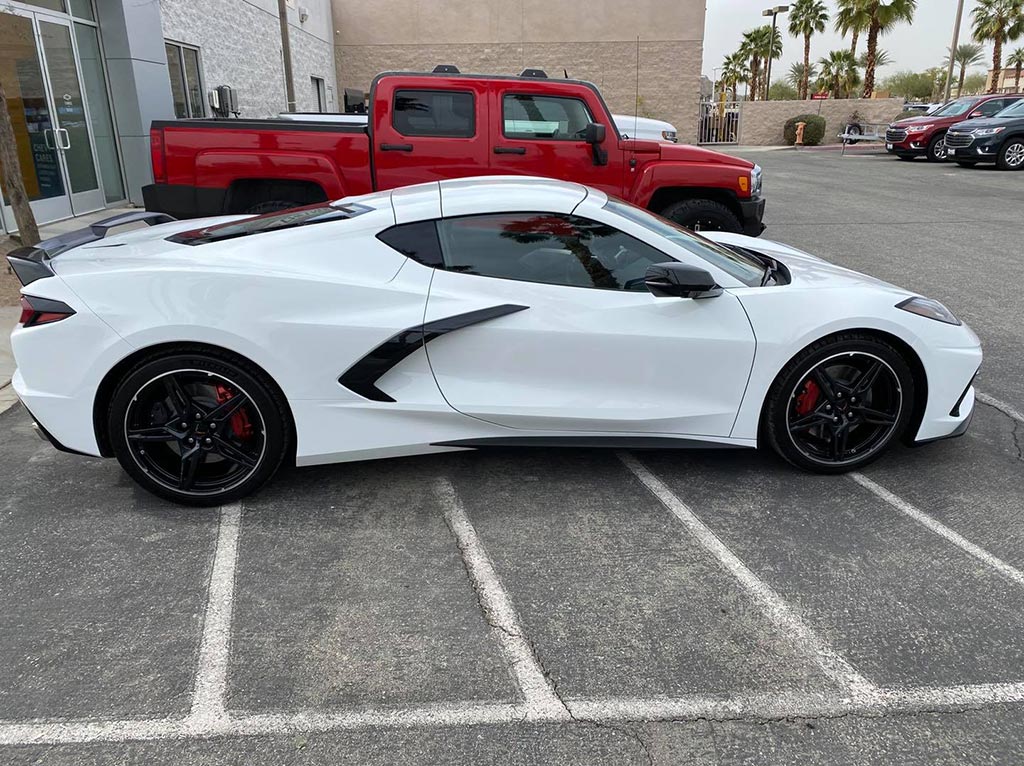 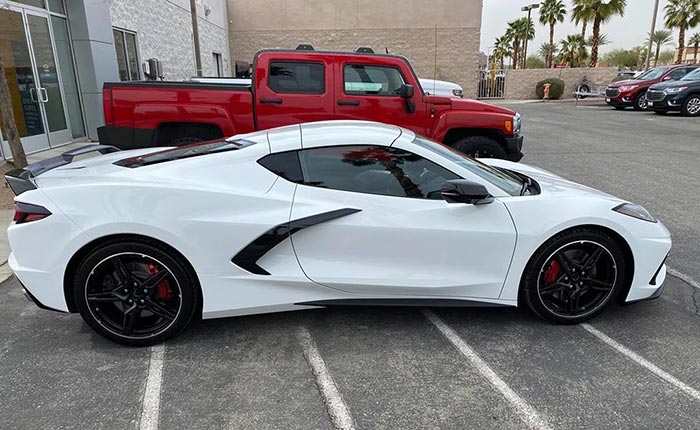 Criswell Chevrolet’s Mike Furman delivers new Corvettes to his customers who come from all across the country to work with the nation’s top individual Corvette seller.

In this week’s dispatch, Mike takes us for a quick walk down memory lane as he shares some never-before-posted photos from his rookie days as a sales rep at Malcolm Konner Chevrolet. At the time, the New Jersey dealership was the largest Corvette seller in the world and the annual summer Corvette show featured a guest appearance from Zora Arkus-Duntov. Back in the present, Mike shares photos of these new Corvettes being delivered to happy new customers, and even some non-Corvettes make this week’s post. Make sure you take the time to view all the throwback and vintage photos and let us know in the comments which is your favorite.

Visit Mike’s facebook page for even more photos and videos of his new Corvette deliveries: CorvetteFurman.

~ “The car is the star”…I’ve said that from the reveal date July 18th 2019, just look at the proud way that Chevrolet announced the 8th Generation Corvette. I’ve felt that way since 1978 when I started my passion for the Corvette (I’ve owned 22 Corvettes). Every email/ phone call after taking delivery is glowing about their new ride and how the mid engine Corvette performed. I always say just wait until it’s broken in at mile 501. I’m not sure how GM can improve this current Corvette but I am sure the GM engineers are working on that task. 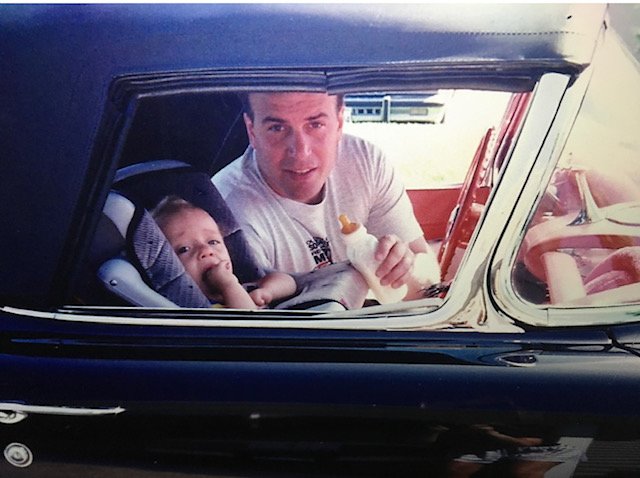 ~Winter at the Corvette Plant… 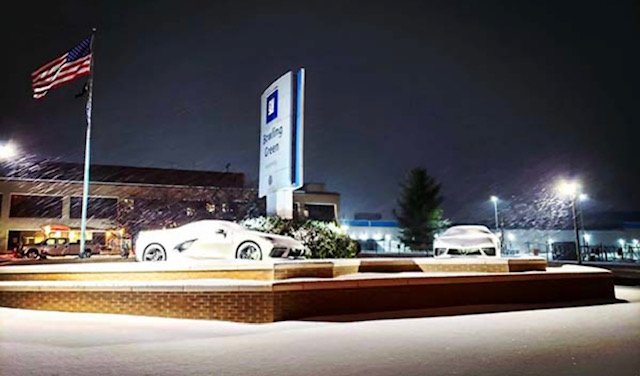 ~Enjoy this Photo tribute to Zora Arkus Duntov and Dave McLellan from many of their visits as guests of the Konner family at Malcolm Konner Chevrolet in Paramus, NJ. My home away from home as I worked for the Malcolm Konner Auto group from 1978-1990. >>*Many of these pictures I have never posted before.

~John F. of Aldie, Virginia has owned 5 Corvettes and the last 4 have been from me the past 7 years. John traded in his 2019 Corvette GS and drove home his 2021 Corvette Z51 coupe in his favorite color scheme, Shadow Gray Metallic with Red seats, Black wheels and bright red calipers. Other features: Z51 pkg, magnetic ride and 1LT pkg. I took pictures of him at the light while I was driving his trade in to the used car lot.

In Joseph’s own words: “As a C7 owner who absolutely loved this car, I was cautiously optimistic watching the unveiling July 18th. When the car got uncovered and they started to explain it, I was awestruck. A super car at mini-van prices seemed impossible. I was hooked. I put my deposit in with you two weeks later and then began to dream…. As I wanted to see the car in person, I tracked the roadshow down and drove 2.5 hrs. each way (San Diego to Palm Springs) to get an up-close look. While walking the car, I struck up a conversation with a guy who had a lot to say and knew a lot. We hit it off and spoke for over an hour. It was obvious that this guy was on the inside and knew details on design, production, and delivery schedules that I had not seen anywhere, and I read a lot. At the end of our chat, I finally realized why he knew so much. “This guy” was John Kraman, the lead announcer at Mecum Auctions. Over the next months, we exchanged many emails discussing my choices, his choices and what was happening with the car. But more important, we became friends. John is not just a talking head reading a script. HE LOVES CARS AND THEIR STORIES. When you gave me the call that my order date had come up, he was my first call. We again went over our final choices (his car came up about two months before me) and I finally placed my order. December ’20. Then I got the email from you telling me my car was scheduled to be built. When I learned two weeks ago that it had been built and shipped, I let him know that the countdown had begun. He shared that he would be in Palm Springs in February and March and to let him know when it would be in. Unbelievably, he was more excited than I was and said to give him a call when I got into town. I told him I would be there at 11:30am on Saturday, February 13. Late the day before, he admitted that he wanted a sneak peek but didn’t want to blow my first look. I told him I would have been honored. I ended up being 1.5 hrs. late for the pick-up. I got to the dealership filled with so many emotions. Excitement, anxiety, hope and nervousness as I wondered if all my dreams would be shattered when I finally got the car. Would it be a good as I had dreamed???? I walked to the car and who pops out of the dealer showroom? John Kraman! He had gotten there on time, walked the car, went through every detail, and had the car complexly figured out. This would be like having a round with Tiger, being late and he then walked the course to fill you in. You just can’t make this up! After his walk through, he gave me some space to go through the sales boy intro and we made plans to meet at his place the next day. (Sunday) So, let’s get to the goods. Was the car worth the wait and is it that GOOD? Two words. Absolutely and YES. As much as I dreamed and hoped, it is way better than I ever imagined. The drive from Palm Springs to San Diego was the ideal first run. Starting from the desert floor you immediately climb 2,000 ft into the mountains. (2,000 ft) The roads are well paved, and you have 40 miles of twists, tuns and chicanes. There was no traffic so I could really drive the car. It was amazing! My take:

The car is unbelievably quiet. The fitment is very tight, and the car is so well built that you really must CLOSE the door as it is sealed so well. The sound system is top notch. Concert quality. The apple car play is a bonus and as I had created a C8 mix, I played the soundtrack of my life. I was in heaven. The DCT is nothing short of amazing. I always drove my C7 in manual, but not this one. In automatic, the shifting is so smooth and precise, it feels like the car is reading your mind. No way you can shift better than the car. On each shift there is no lag, and the shifts are virtually imperceptible except you see the RPM’s drop. Maybe the car’s best feature.My C7 was a sledgehammer. This is a scalpel. In very tight turns like it is on a rail.

In conclusion, the car feels like GM took all their decades of Corvette experience and squeezed out the best juice and then poured it into a space age platform. This car is moonshot stuff. Forget the price (which is incredible) the car is WORLD CLASS. Porsche, Lamborghini, McLaren should be very afraid. This car changes EVERYTHING.I have named my car the Saturn V.” he next day, I headed to John’s place. He picked me up at the gate and wanted a look. I threw him the keys and we went for a spin. As we drove through downtown Palm Springs, he began sharing about every part of the car, how it worked and how it was designed. Imagine a first drive with a guy like John Kraman describing your car!!! Arguably the most nonweldable car guy give you the intro. I learned more in 20 mins. than I did at the dealership in 1.5hrs. Amazing. He was so jacked and when we got back to his place, he went and got his wife, put her in the car, and explained how my car was different than theirs. He showed me his Blade silver C6. When he got his C8 he was out of room in his 6-car garage but couldn’t sell it because he loves it so much. So, he shipped it to Palm Springs so he would have it on his yearly sojourns. It is perfect!”

Picture below~ Brand new 1963 split window in the showroom…you can still see the window sticker on the drivers side window.

Off Fridays and Sundays

“I sell and ship Nationwide and have done so for 43+ years!

Click on the link below for Cigar Aficionado magazine article that just came out: