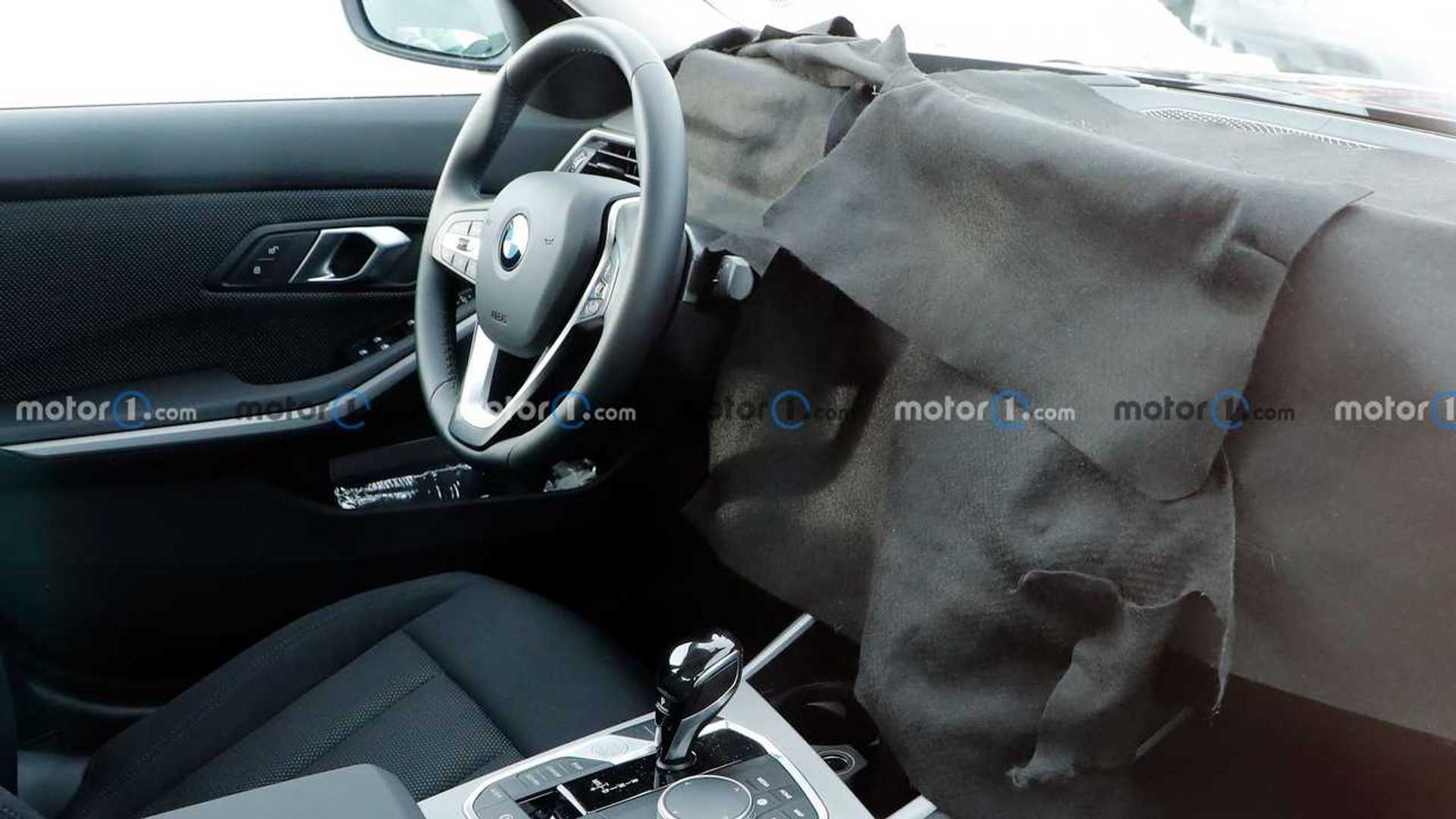 The last year has borked our sense of time, so 2019 feels incredibly close yet unrecognizably distant at the same time. But 2019 is when the seventh-generation BMW 3 Series arrived, though a new batch of spy shots show the automaker already preparing for the car’s mid-cycle refresh. However, don’t let this early test vehicle fool you into believing the redesign is right around the corner. Allegedly, production won’t begin until July 2022.

The new shots show a familiar exterior. There’s not one difference between this BMW test vehicle and the current 3 Series; however, a peek inside reveals what’s really happening. The dashboard is hidden from view under a black sheet, which is likely hiding the company’s new curved display that debuted in the BMW iX. It’s a massive display that spans a large portion of the iX’s dash and, at least in the iX, features a host of functions and services that may or may not make it to every iteration of the screen throughout the lineup.

With production not expected to start until July 2022, BMW has plenty of time to figure out the exterior redesign. It’ll likely receive the usual upgrades with revised front and rear fascias, maybe some new trim, reworked lighting graphics. It’s too early to tell what BMW will do with its powertrains, though we expect even more electrification and hybridization throughout the entire BMW lineup going forward.

For BMW, iDrive 8 is a major part of the brand’s future. In the iX, it sports BMW’s Intelligent Personal Assistant that’d designed to help facilitate conversation between the driver and the vehicle as the system focuses on voice- and dialogue-based interactions, which certainly isn’t everyone’s cup of tea. The next-gen system also allows for wide customizability, providing each driver a tailored driving experience. It’s a bold leap up in tech, and it looks like it’ll be available in the 2023 3 Series, too.