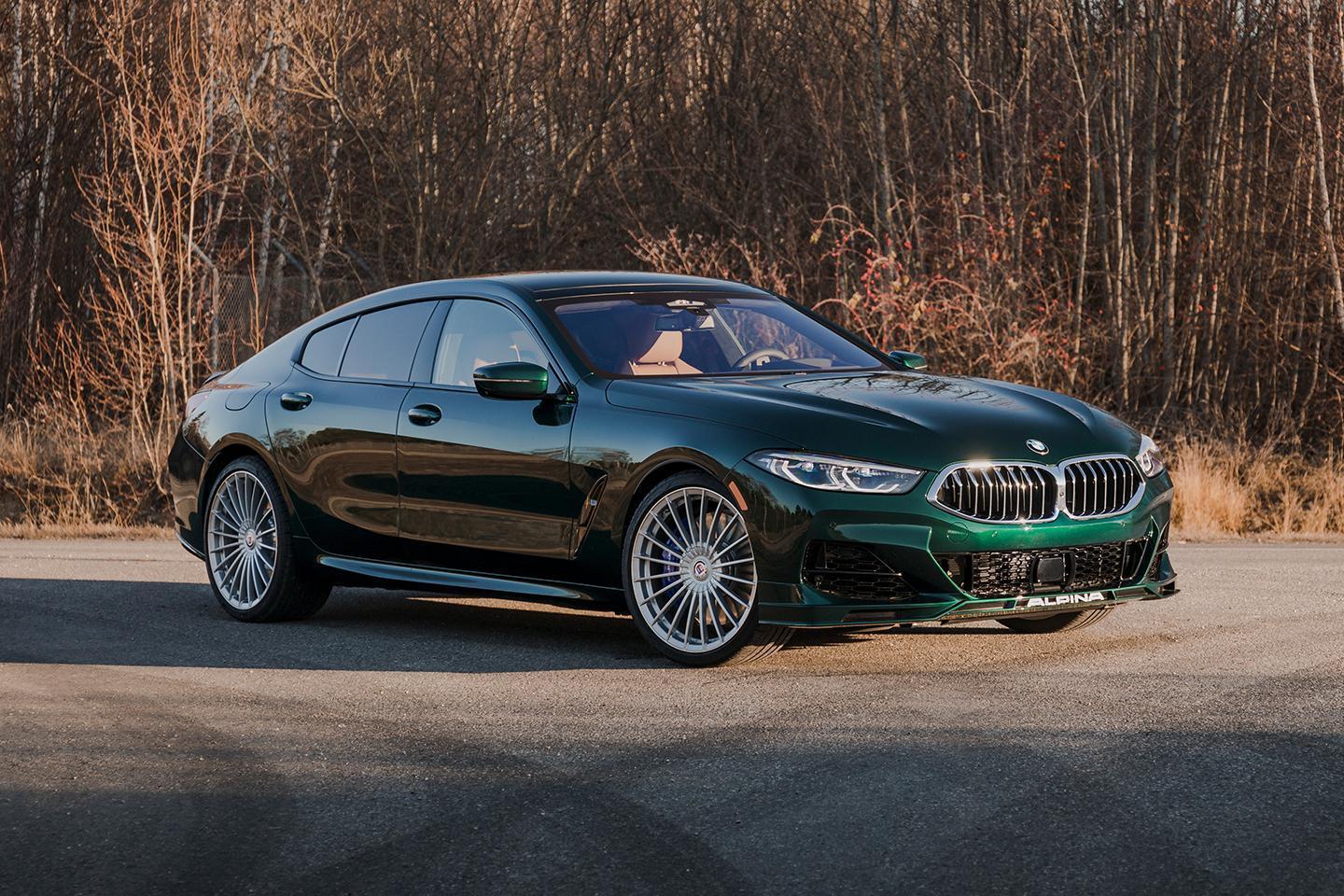 Though it’s never really been off one, Alpina does seem to be on something of a roll at the moment. Both D3 and B3 are exceptional takes on the current 3 Series, and even the mammoth XB7 has turned out a more credible Buchloe bruiser than many would have predicted. Now, though, it’s time for something really special: the B8 Gran Coupe.

This is very much in Alpina’s comfort zone: take a large, luxurious four-door BMW – in this case an 850i xDrive Gran Coupe – with an appropriately potent engine up front and aim for M-rivalling performance with a slightly softer edge. Alpina itself describes the new B8 as combining “the highest levels of performance, dynamics and comfort in a bold and beautiful design.”

Under the vast bonnet is BMW’s familiar 4.4-litre V8 turbo, modified with “optimised turbocharging and cooling systems” (including new intercoolers) to deliver 620hp – just 5hp less than an M8 Competition – and 590lb ft, which equals the M car. Powering through an 8HP76 automatic that’s been worked on in collaboration with ZF, the B8 is capable of 0-60mph in 3.3 seconds and 201mph flat out. A sports exhaust ensures a “nuanced, harmonious V8 soundtrack.”

The chassis modifications hold even greater interest. Because though M850i Gran Coupe and M8 Competition are very good, it’s plausible that the most likeable 8 Series would be a compromise between the two – exactly the kind of thing Alpina is best known for. On occasion the 850i can feel a bit restrained for a 530hp BMW, and there are times where the M8 is rather abrupt for a £130k luxury car. If the Alpina can successfully combine both sides of the coin, then the B8 could be superb.

Its various modifications are similar to those found in the rest of the range, including Eibach springs, bespoke Pirelli tyres and an overhauled xDrive system, including rear limited-slip differential. Perhaps the most interesting piece of equipment used is the BMW Integral Active Steering, or four-wheel steer to the rest of us. It’s used in the 850i but not in the M8, so it’ll be interesting to see how the technology works in a car that matches the M car for performance.

Using ZF’s Active Kinematics Control System, the rear axle’s wheels can move up to a maximum of 2.3 degrees left or right; as with similar applications, the rears go in the opposite direction to the fronts at low speed, and with them at high speed. Alpina is promising “direct steering response with exceptional feedback”, as well as an improvement in agility – handy with a kerbweight a sack of potatoes from 2.2 tonnes.

The additional alterations are as we’ve come to know (and mostly love) from Alpina. The Classic wheels are 21-inch diameter at each corner, behind which sit Brembo calipers and 396mm (front) and 398mm (rear) discs. The front end boasts a larger intake to provide more air to that new cooling infrastructure, a rear diffuser has been added and there’s a very subtle rear lip spoiler as well. It’s a familiar Alpina overhaul, and none the worse for it. Perhaps the ‘Alpina’ font in the front splitter is a bit much, but we’re nit-picking.

It’s much the same story inside: BMW done a bit better. Naturally the 8 comes pretty well equipped as standard, Alpina doing little more than retrimming certain areas in the finest Lavalina leather and highlighting the B8’s provenance with a few badges. And, er, a crystal glass iDrive controller with a lasered Alpina logo. If you can make your peace with that and don’t fancy the bewildering amount of configurability that comes with the M8, there’s plainly much to get onboard with here. In the UK, the B8 Gran Coupe will cost from £134,950, against £123,435 for an M8 Competition we tested. Could be a tough choice…