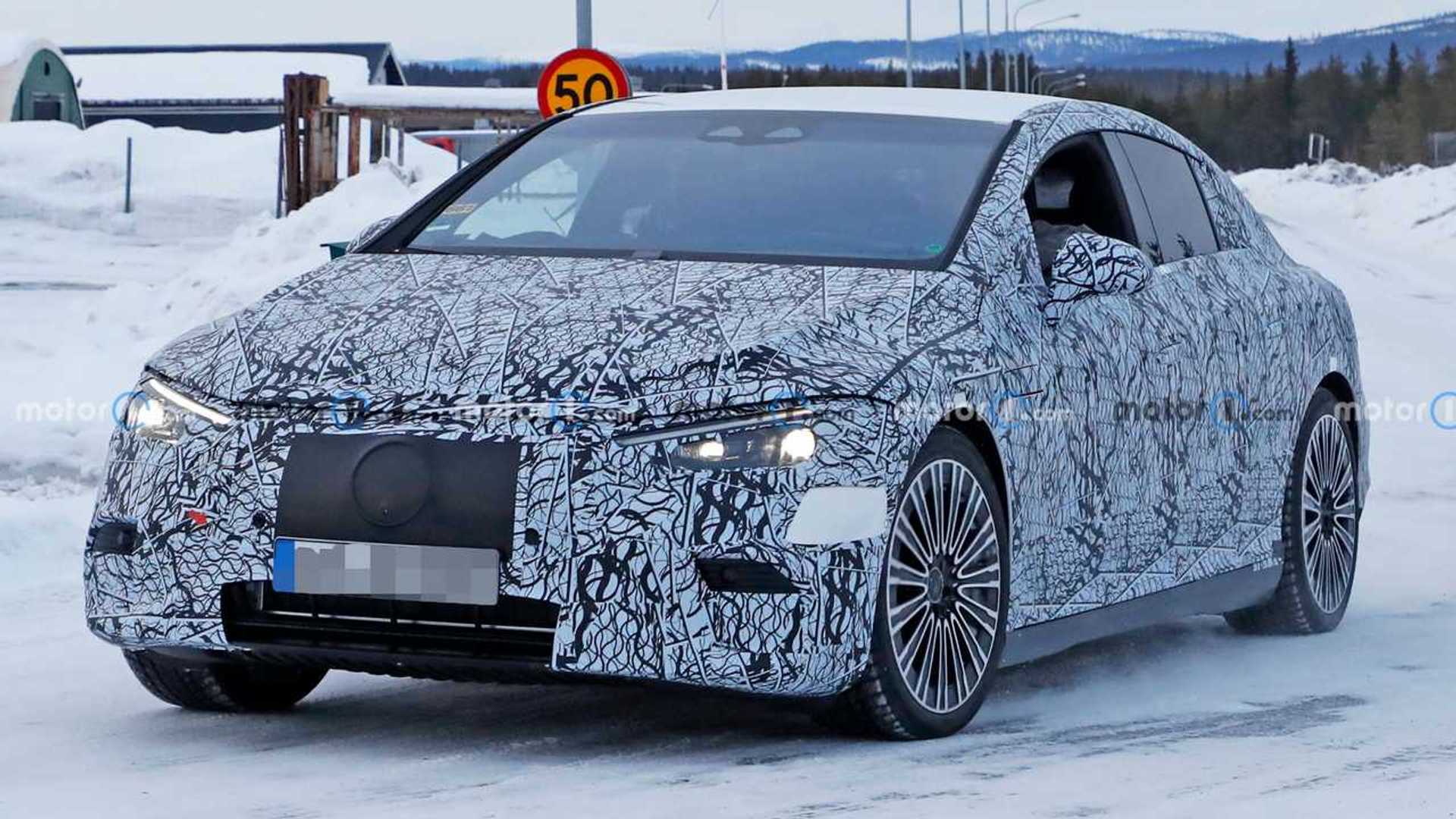 With good reason, all eyes are on the flagship EQS fullsize electric sedan, but Mercedes is also working on a smaller EQE it says will be pitted against the Tesla Model S. Ahead of its confirmed September debut, the new zero-emissions model has been caught by our spies with the full production look, including the all the body panels and the final headlights and taillights.

The slightly reduced footprint compared to the EQS makes the new EQE seem more athletic and by the looks of it, it’s going to be more than just a downsized version of the range topper. For example, you’ll notice it has a traditional trunk lid with a built-in third brake light whereas the crown jewel of Mercedes’ electric portfolio will be a liftback with the brake light mounted at the top.

Speaking of the trunk lid, it appears to have a discreet spoiler while the tiny cutouts in the camo reveal what will likely be the reverse lights. It can only mean the taillights extend onto the trunk lid as they will on the EQS’ tailgate and previously seen on the 2019 Vision EQS concept. Relatively short overhangs denote the EQE is built on a dedicated electric car platform, with the thick black side skirts likely hiding the battery pack.

Mercedes is going for the swoopy side profile look with the EQE as well, although the roofline is less coupe-like compared to its bigger brother. The tiny fixed glass sections at the bottom of the front and rear pillars we noticed on the EQS are not visible here, but that’s to be expected given the car’s reduced dimensions.

The front appears to be hiding a massive hood nearly as wide as the car for a design trait we recently saw on the Hyundai Ioniq 5. The disguise applied on the closed-off grille hides the prominent three-pointed star badge and there are cutouts in the camo for the front parking sensors. Fairly large headlights peek through the camo and reveal an upper LED bar for the daytime running lights.

Both the EQE and EQS will spawn equivalent SUV versions in 2022 and we’re actually a bit surprised the high-riding models are not coming out first given today’s SUV-hungry market. Meanwhile, the EQS will premiere next month and will be followed this fall by the EQE. Mercedes recently announced a C-Class-sized electric sedan, but it won’t hit the market sooner than 2025.