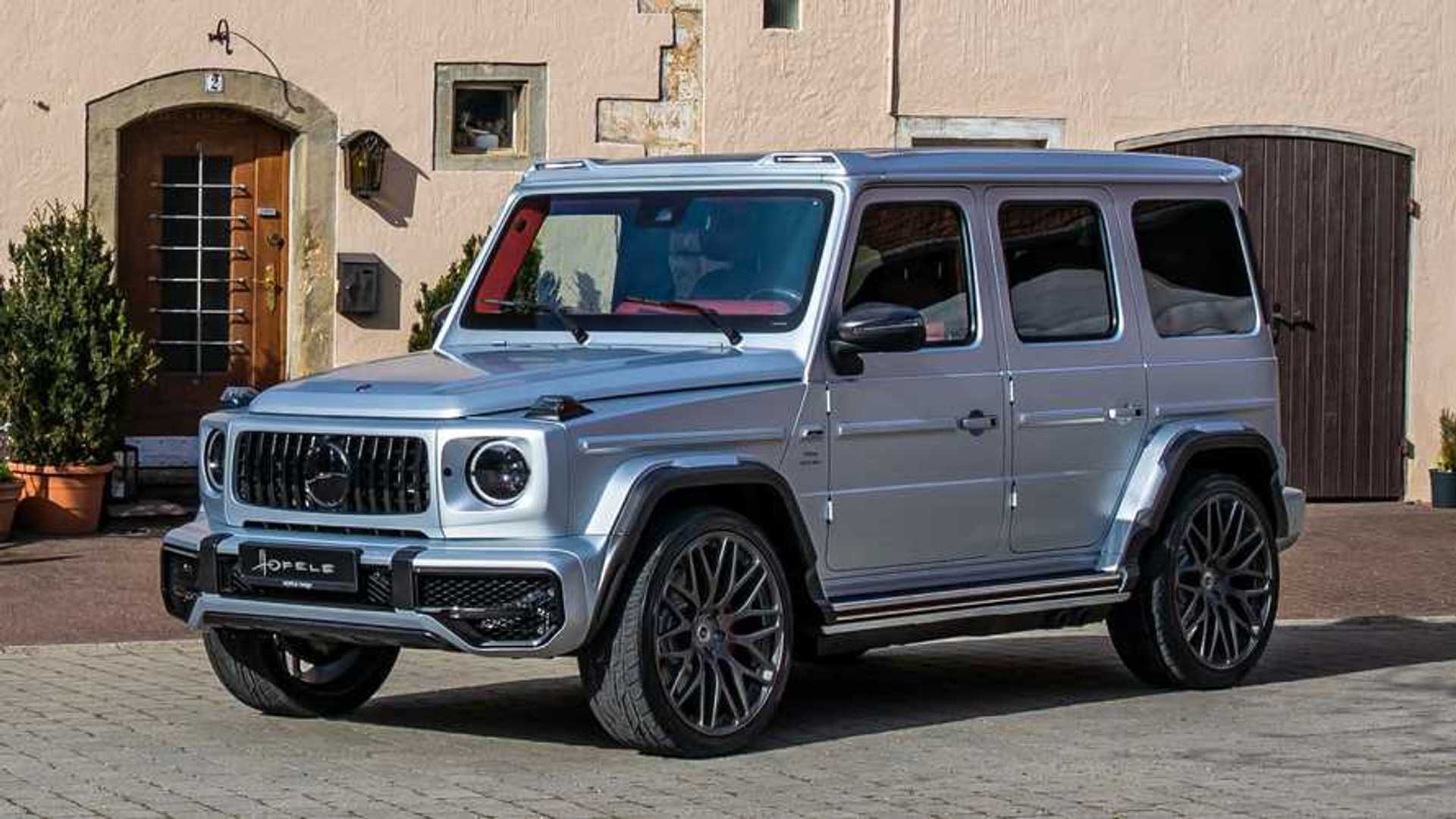 We’ve been down this road before. The Mercedes-Benz G-Class – notably the AMG G63 – is an aftermarket favorite when it comes to adding bling and performance. Beauty is in the eye of the beholder, but there’s no denying that sometimes, tuners go a bit too far. Hofele seems to understand that, as we’ve now seen a few vehicles from the German company and each has been wonderfully modest. This latest G63 offering is no exception.

Officially called the HG 63 Sport, it’s indeed a curious blending of mild and wild. The exterior emphasizes the mild side of this equation, as the crux of the changes are found solely at the front. Hofele adds a unique bumper and a revised take on the Panamericana grille, complete with the company’s sweeping H logo in place of the three-pointed star. It rides on Hofele 24-inch cross-spoke wheels, and you’ll find matte carbon trim in various spots that contrasts against a striking exterior shade of Moonbeam Silver. That’s it – no big vents, visors, or wings. Just beautifully mild.

Inside, things tip towards the wild side, but it a good way. An abundance of red is immediately seen, as the entire greenhouse is redone in either leather or Alcantara dyed a bright Bengal Red. It certainly offers a colorful contrast to the silver exterior, but things get more interesting for rear-seat passengers. Hofele incorporates individual seating with a center console, and the seats are moved back several inches for added legroom. In essence, this G63 adopts a luxury transport role not unlike an S-Class, where folks in the back seats can stretch out in extreme comfort.

Eventually, driver and passengers will need to enter and exit. To that end, Hofele adds a pair of full-length retractable running boards that cater to all four doors. To make that work with the cool AMG side-exit exhaust, the tuner tweaks the pipes so they move with the boards. In fact, the entire exhaust system is replaced with a valve-controlled system that lets the twin-turbocharged 4.0-liter V8 sing its tune. That is, when the situation calls for it, of course. This is still a civilized luxury SUV.

save over $3,400 on average off MSRP* on a new Mercedes-Benz G-Class

Speaking of which, luxury and customization requires plenty of cash. Hofele doesn’t list a specific cost for its upfit, but the company does say a new G63 outfitted as an HG 63 Sport would be in the neighborhood of €300,000, which currently equals around $356,200.